Pep Guardiola is relishing the tension as Manchester City seek to hold off Liverpool in a gripping Premier League title race.

City are one point clear of their rivals ahead of their home game against struggling Watford on Saturday.

Victory would take them a step closer to retaining the title, with five games left for both teams after this weekend, but Liverpool will stay hot on City’s heels if they win Sunday’s Merseyside derby against lowly Everton.

Guardiola said he was relishing every moment of the nerve-jangling sprint to the Premier League finish line.

“Of course we enjoy it,” he said on Friday. “We’d prefer to be in this position than not, having the chance to try to make back-to-back titles.

“I love it. Fighting for knockout stages, every game is important and decisive. It means we’ve done good things before, otherwise we wouldn’t be here.”

City, who last week lost to Liverpool in the FA Cup semi-finals, could yet meet Jurgen Klopp’s team in the Champions League final.

“Being there to play in the Champions League semi-finals and the league, arriving at the end fighting is a joy, a pleasure. Now we try to do it,” Guardiola said.

Given Liverpool’s blistering form, including a 4-0 rout of Manchester United on Tuesday, Guardiola is well aware that City have no margin for error.

A single slip could hand the title to Liverpool, who have slashed the 14-point lead City held over them in January.

“We cannot drop points, but they (Liverpool) can’t either,” Guardiola said. “The players know it. We’ve been in this position before.

“We played a final versus Brighton (a 3-0 win on Wednesday) to be able to play another one and tomorrow is another one. If we win then it’s another.

“It’s step by step, try to recover the players, be fresh in the head and mind and when we finish tomorrow another in the Champions League, then Leeds.

“It’s not think too much, refresh, relax, and have positive energy as a unit.” 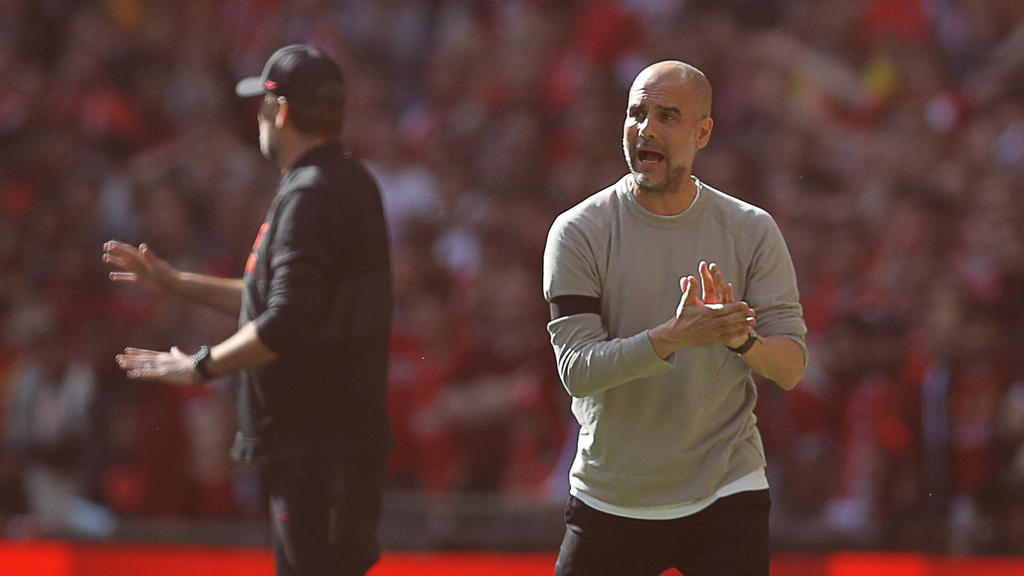