Manchester City on Monday announced the signing of Argentina forward Julian Alvarez from River Plate on a five-and-a-half-year deal for a reported fee of £14 million ($19 million).

The 22-year-old, who has won five senior international caps with Argentina, will remain with River on loan at least until July 2022.

“Julian is a player we have monitored for some time,” he said. “He is capable of operating in a number of attacking roles, and we firmly believe he’s one of the best young attacking players in South America.

“I am so happy we have managed to bring him to Manchester City. I really believe we can provide him with the right conditions to fulfil his potential and become a top player.”

Alvarez made his senior international debut in a World Cup qualifier against Chile in June last year and was part of the squad that won the Copa America in July.

City have been short of a specialist striker after the departure of their all-time leading goalscorer Sergio Aguero last year.

They subsequently missed out on the capture of Harry Kane from Tottenham. 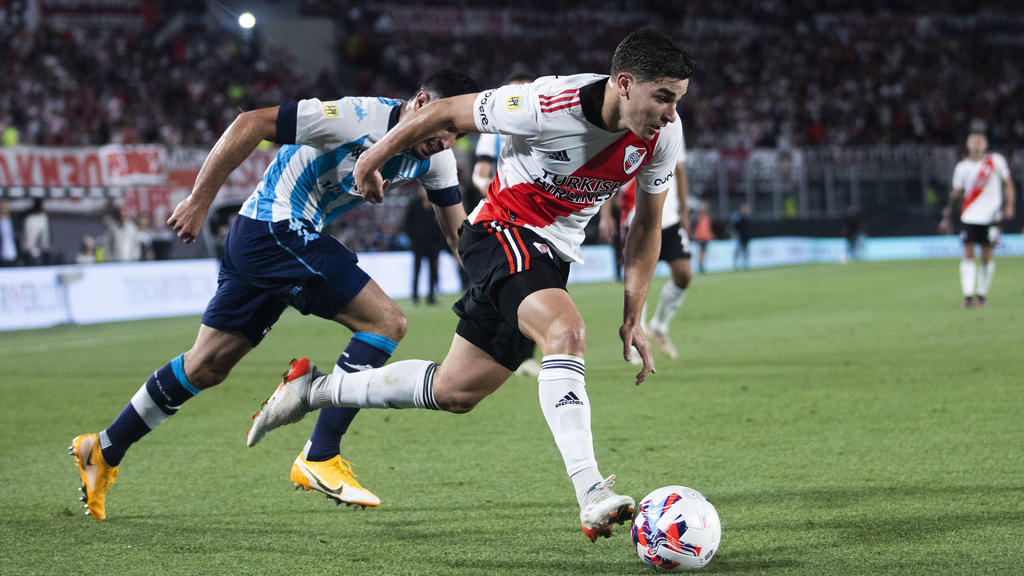