The Premier League has revealed a record 103 players and staff tested positive for the coronavirus in the period from December 20 to 26.

That surpassed the total a week earlier, when the English top-flight hit a new high since testing began in 2020 with 90 positive cases.

So far in December, 15 Premier League games have been called off, while the three divisions below the top tier have been decimated by postponements.

“The League can today confirm between Monday 20 December and Sunday 26 December, 15,186 COVID-19 tests were administered on players and club staff. Of these, there were 103 new positive cases,” a Premier League statement said.

“The safety of everyone is a priority and the Premier League is taking all precautionary steps in response to the impact of the Omicron variant.”

Liverpool’s game against Leeds, Watford’s trip to Wolves and Burnley against Everton, all on Boxing Day, were cancelled.

Arsenal’s home match against Wolves on Tuesday was axed on Sunday after an increase in case numbers among the Wolves’ squad.

Leeds’ game with Aston Villa, scheduled for December 28, was also postponed on Sunday due to Leeds’ continued Covid and injury issues.

Despite the rise in Covid cases and postponements, Premier League chiefs last week opted against halting the season despite calls from some top-flight bosses for a ‘circuit breaker’

At the same meeting, clubs were warned that games will go ahead if each team has 13 fit outfield players and a goalkeeper.

“The League has reverted to its Emergency Measures, and has increased testing of players and club staff to daily Lateral Flow and twice-weekly PCR tests, having previously carried out Lateral Flow testing twice a week,” the statement said.

“The League is continuing to work with clubs to keep people safe by helping mitigate the risks of COVID-19 within their squads.

“We are also liaising closely with the Government, local authorities and supporter groups, while being responsive to any future changes to national or local guidance.”

It is the sixth successive week that the number of Premier League positive cases have increased.

In October, only 68 percent of players and staff had received either their first, second or third vaccination dose.

The Premier League last week said 92 per cent of players and staff have now had at least one vaccine jab.

Six Premier League games did go ahead on Sunday in front of crowds as Britain battles a significant rise in Covid cases.

No restrictions have yet been put on attendance at matches in England, although supporters do have to provide proof of vaccination or a negative test taken in the previous 48 hours. 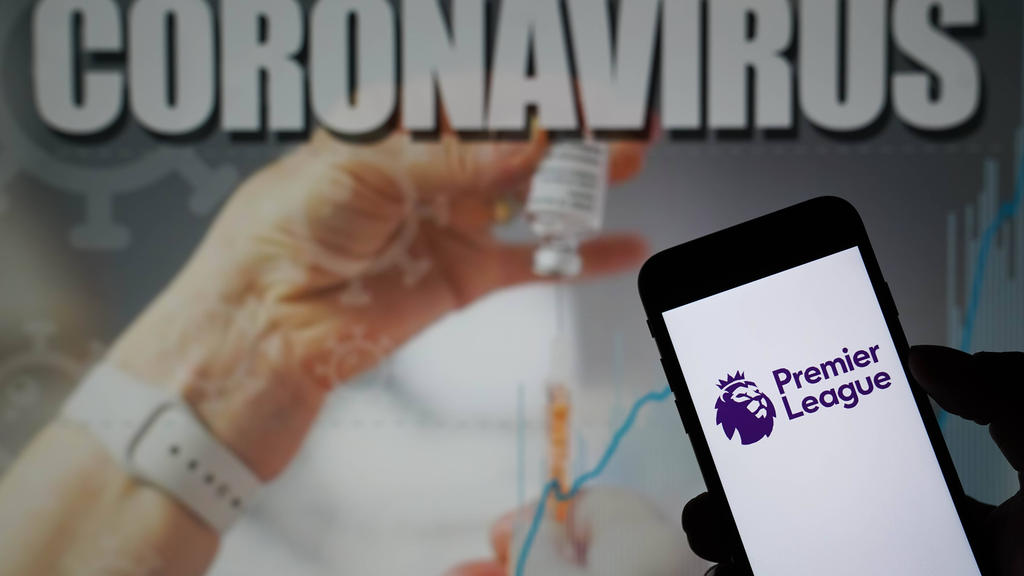