Bruno Fernandes and Marcus Rashford were on target as Manchester United deepened Newcastle’s relegation fears with a 3-1 win on Sunday to move back into second in the Premier League.

The Red Devils had won just one of their previous five league games to allow Manchester City to open up a 10-point lead at the top of the table and needed their star men to paper over the cracks of another unconvincing performance.

Rashford’s thunderous near post strike to open the scoring was quickly cancelled out by Allan Saint-Maximin for the visitors.

However, Fernandes’s touch teed up Daniel James to restore United’s lead before the Portuguese playmaker stroked home a penalty for his 22nd goal of the season.

Victory takes Ole Gunnar Solskjaer’s men back above Leicester on goal difference as the closest challengers to runaway leaders City.

Crucially, United also open up a six-point lead over fifth-placed Chelsea in the battle for a top-four finish on a weekend when Chelsea, Liverpool and Tottenham all lost ground.

Solskjaer made five changes to the side that impressively thrashed Real Sociedad 4-0 in the Europa League on Thursday and was lucky not to be punished for a disjointed start from the hosts.

A run of two wins in 14 games has left Newcastle just three points clear of the drop zone, but the Magpies started brightly as Joelinton forced David de Gea into a flying save.

Poor goalkeeping cost Steve Bruce’s men at the other end on the half hour mark as Rashford wriggled free inside the area, but his shot should have been kept out by Karl Darlow.

United’s sloppy defending from set-pieces was punished six minutes later, though, when Saint-Maximin swept the ball into the top corner after Harry Maguire only half-cleared a cross into the box.

After a blistering start to his United career last season, James has struggled for game time, but the Welshman has now scored in his last three appearances as he blasted past Darlow from close range just before the hour mark.

More good footwork from Rashford then drew Joe Willock into an ill-advised challenge inside the box and the on-loan Arsenal midfielder conceded a penalty.

Darlow had saved the only spot-kick Fernandes has missed as a United player when the sides met earlier in the season.

But he was wrong-footed this time as the former Sporting Lisbon captain coolly converted to give United the two-goal cushion they craved. 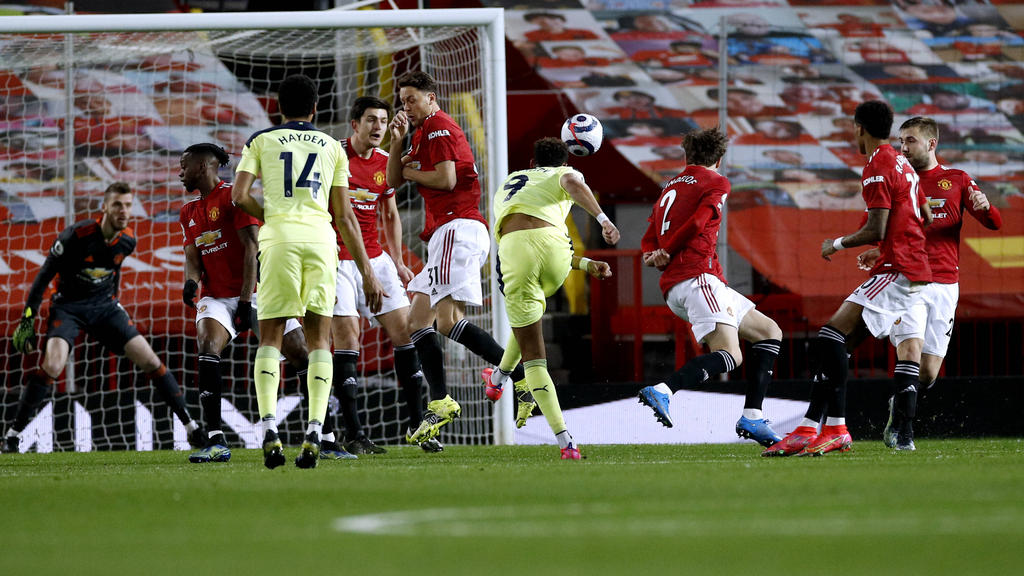