Ole Gunnar Solskjaer said on Friday Manchester United have immediately refocused after their 9-0 midweek mauling of Southampton, refusing to get “carried away” by the record-equalling Premier League scoreline.

United gave their goal difference a huge boost as they put Ralph Hasenhuttl’s side to the sword at Old Trafford on Tuesday.

Seven United players found the net as they matched their 9-0 win against Ipswich in 1995 and Leicester’s humbling of the Saints last season.

The result lifted United level with Manchester City at the top of the table but Pep Guardiola’s men won the following day to restore their three-point lead, with a game in hand.

Solskjaer said it was important to put the result in context because the visitors played almost the entire match with 10 men and were reduced to nine players in the closing minutes.

“Well, you’ve got to take the good with the good and the bad with the bad sometimes,” the Norwegian said.

“What the boys took from that one is that we did the right things, we kept good habits.

“I don’t think anyone will get carried away with the scoreline because we know we played against 10 men for the full game and of course that’s demoralising when they lose players like they did.”

The United boss expects forward Edinson Cavani to be fit but defender Eric Bailly is a doubt.

The 33-year-old Cavani scored his first Old Trafford goal on Tuesday but was taken off at half-time with an ankle knock.

“Edinson should be available, yes, definitely,” said Solskjaer. “He got a bad ankle knock there. Eric is a doubt and apart from that everyone’s raring to go.” 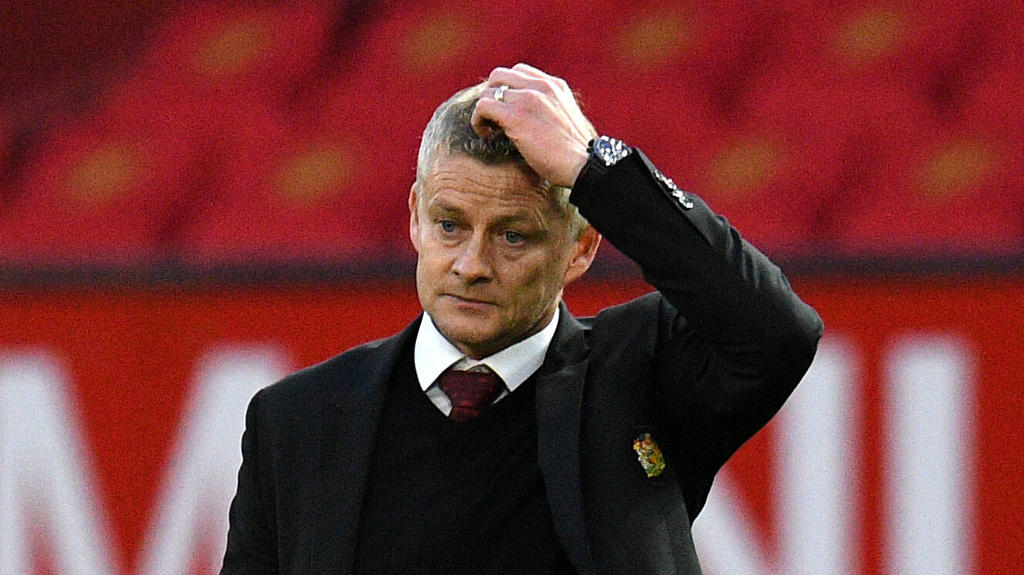